Bremen 6 day was my first race of 2020 and it couldn’t have been a better start to the year! The women only raced 2 days with and Omnium and Madison over the weekend, but that meant that we raced with the biggest crowds and the best support! The live music coupled with the racing and some booze, meant that the atmosphere was electric and the perfect stage to race on! The track is a 166m (instead of the standard 250m) so the racing was super fun and super fast. With shorter and tighter bankings, the track can feel a little like a roller coaster ride when you’re going full blast!

My first event was the Omnium which starts with the Scratch race. The race split to pieces near the end as lots of riders kept attacking one after another, and I ended up off the front with a few other strong riders. The sprint at the end ended up being very technical as we caught a group of lapped riders within the last lap and so had to safely navigate around them whilst going full gas against each other. I came round a Russian rider in the last banking and took the win which I was super chuffed with!

Next up was the Tempo race. This is a strange race on the usual 250m track, but on a 166m it is even weirder. With 1 point being awarded to the first rider across the line each time, it means that on a 166m track you end up doing 45 laps with 40 points on offer, compared with the usual 20 points available on a 250m track. You also get awarded the standard 20 points for taking a lap. On a smaller track the lap is quicker to take, but has a smaller bearing on the results because you could equal it on points scored across the line. The tempo in Bremen was a super fast race with a big battle for the first couple of points. After they had been taken I attacked and picked up about 4 points and then swung up as a group of 3 others joined me. We worked together sharing the points and we ended up taking the lap with about 10 laps to go. I then sat in the bunch, holding onto the wheel in front of me as the pace was really on as everyone battled for the last few points and I was tired with the effort of taking the lap and getting the sprint points! I accumulated 29 points compared to the Russians 26 points and so took another win, giving me max points halfway through the Omnium!

The Elimination race on a 166m track has eliminations every 3 laps instead of every 2 laps like on a 250m. This can get a little confusing because in the moment when you’re battling to hold position and not be at the back of the bunch, you forget to count down from 3 and I kept forgetting where the eliminations were… did I have 2 laps left or was it next time someone was eliminated? There is a bell with 1 lap to eliminations, but with the noise from the crowd, the live music and the party happening in track centre it is quite hard to hear! Because of this, I played it really safe and stayed near the front of the group. With 5 of us left I went on the offensive and kept accelerating early so that riders would have to come around me and it worked with me making it to the final 2 riders! At the European championships I messed this bit up, letting my opponent lead it out and running out of track to get sprint around on. This time I went first and got the jump on the German National Champ, and despite all the cheering from her home crowd, she couldn’t get round me, making it 3 wins out of 3 for me! With just the Points race left to defend my lead, I had a decent lead of 12 points over 2nd place.

In the Points race, you start the race with the total points you have accumulated across the previous 3 races. For example, I had 120 points as I had won the 3 events and you get 40 points for each win, 38 points for 2nd place and so on. There are 8 sprints and in each the first 4 riders get points across the line, 5 points for first, then 3 points, 2 points and 1 point for 4th. I sat out of the first sprint as it is always a bit of carnage and everyone has fresh legs meaning it’s always a harder one to win. Instead I got the 5 points in the second sprint and across the whole event, I won 3 other sprints and picked up a could of 1 points. The riders from 2nd to 6th were really tight on points and it kept going back and forth as they fought between themselves. I just kept watch and made sure non of them got any laps and followed there attacks, which there were lots of as they tried to get rid of each other! With 1 sprint to go I was leading by over 15 points and even with double points being on offer (10, 6, 4, 2) I knew I couldn’t loose my overall lead! Crossing the line safely in about 6th place I was super chuffed to take another win in a UCI Omnium after my win in Geneva back in November!

The following day it was a 180 lap Madison where I teamed up with the Canadian rider Maggie Coles-Lyster. She’s a few years younger than me, but super talented so I was excited to get racing! We went in with the plan of following attacks, but ultimately aiming for sprint points. We are both fast sprinters so that would play to our strengths. 180 laps is a long way and so the pace was very up and down as teams sprinted or attacked and then it would settle as everyone waited for the next move whilst resting from the high pace. I was extremely impressed at how safe the racing was. On a 166m track, a Madison is even more technical than on a 250m track, and there were no crashes and no dodgy moves from teams! The Madison is still a relatively new event for women, with the first World title only being awarded in 2017 and 2020 being the first time it’s in the Olympics, so it can still be a little scary as riders race for the first time at a high level event. This is changing though as organisers add more Madisons to race programmes, giving everyone more experience! During the race, me and Maggie picked up points in all but one of the sprints, taking it in turns to set each other up for the sprint lap. For two riders that have never ridden or even trained together before, we really seemed to click and that showed in our points total! After a good battle with the teams from Russia and Belarus, we finished the racing off with the double points on the finish line and won with a healthy points lead on 2nd place! And so I won my 2nd event of the weekend and came home with a clean streak of 5 race wins out of 5!

Having felt like I’ve been away from the track for awhile, with my attention having been on training for the road season, racing in Bremen and having good legs has given me some confidence going forward with the season! I’m confirmed for 4 more 6 day events before my road season kick starts, so I’m super excited for them and can’t wait for some more racing! My next event is Berlin 6 day starting on 23rd January with 3 days of racing for women.

View all posts by betterlifeofemily

This site uses Akismet to reduce spam. Learn how your comment data is processed.

Please make sure you subscribe for my blog updates! 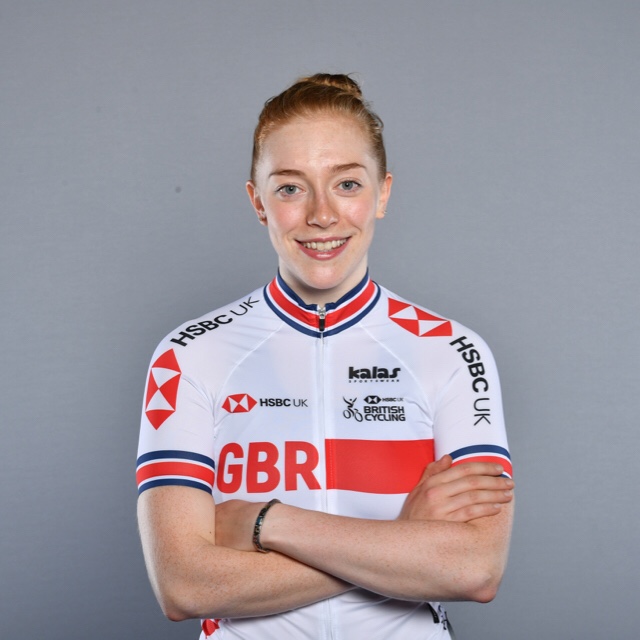